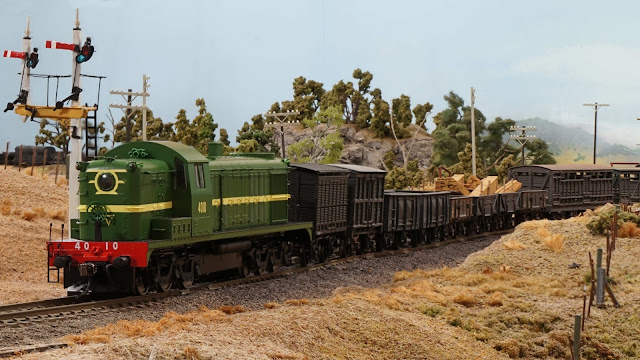 With delivery of the NCR sets now completed the attention of the factory has turned to the 40 class. Production of the 40 class has been dependent upon retrieval of the tooling from our old factory. This has now been finalised and the production process is finally getting underway. The first step is to test the tooling to ensure that all is well with the tooling and that all tools are in fact present.
As with most factories, our production house sub-contracts out tooling to a specialist tooling shop. This is not an issue with the 40 class as the tooling has already been completed. It is interesting to note that in all of the 20 projects for which tooling has been completed for Eureka projects the tooling was contracted out to outside tooling shops in all 20 projects.
The second major step in a project is to use the tooling to squirt the parts that go to make up the model. Again, all but the largest of production houses sub-contract out the squirting process to outside injection houses. Eureka's 40 class tooling will go to its injection facility where the tooling will first be tested. These tests will be done on a low pressure injection machine and the test pieces will be used to produce running samples by our assembly house.
Our assembly house has extensive spray painting and pad printing facilities which are used to prepare the injected pieces for assembly along with such basic items such as a mechanism into finished samples. Our assembly house estimates that we should have running samples within eight weeks.
We know that there are no problems with the tooling from our previous samples and so there are no delays expected in the process. Our assembly facility anticipates moving straight to final production and predicts delivery within sixteen to twenty weeks. It would be nice to have the 40 class in time for the Liverpool exhibition in October.

Watch this space for reports on significant stages in the assembly process.

Posted by Eureka Models at 12:28 AM No comments: