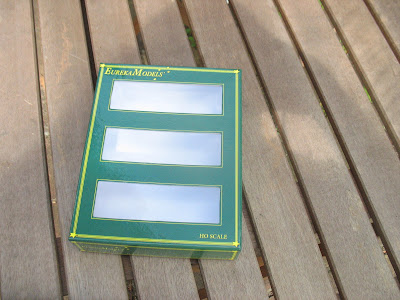 Apparently anything that happens at the Eureka offices is of such importance and general interest that it warrants immediate publication. In light of this, attached is a photo of a box sample received today from China to be used in the BCW and BSV projects. The sample has already been approved and at this stage the factory is saying that we will receive the BCW in mid- April.
It was proposed to post this breaking news earlier today but it was decided to hold it over until this afternoon so as not to over-shadow the events which took place this morning in the National Capital.

Posted by Eureka Models at 3:18 PM No comments: 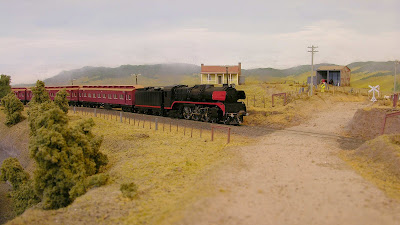 An unidentified R ctests the grade at the head of a set of Auscsion E cars.


Arrived today from QSI - a sound equipped R class.  This will undergo evaluation and some tweeking before approval. Once approval is given the sound files will be burned into the QSI chips before the chips are released  to the factory for installation in R class units currently being assembled.

Posted by Eureka Models at 3:51 PM No comments: