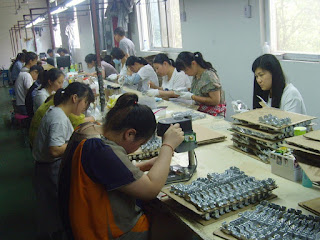 Photo 1. Chassis's in the process of being polished 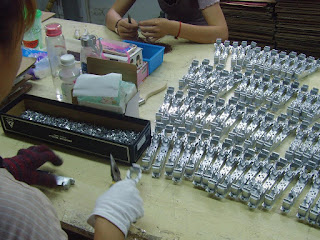 Word from the factory tonight is that painting will be finished tomorrow (1 June, 17) and that assembly of the 40 class has already started. Photos 1 and 2 shows the assembly line at work with workers in the process of chassis polishing. 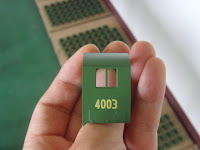 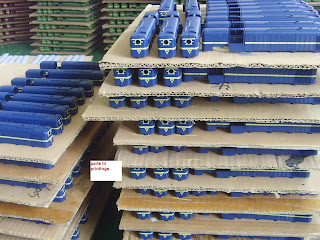 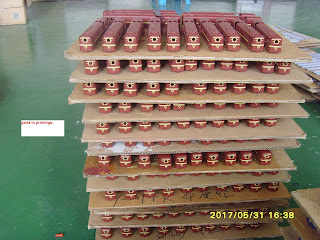 Read more »
Posted by Eureka Models at 8:19 PM No comments:


Painting of the 40 class is in full swing at the factory with painting expected to be completed within the week.
The painting process (or decoration process as it is usually called at the factory) is a fascinating step in the overall construction of a model. It requires constant attention and the need to be on hand (not literally) for around 14 hours a day whilst painting is underway.
The following three photos are a good illustration. 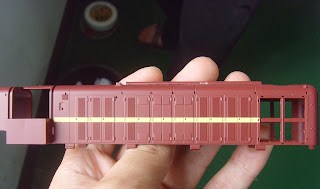 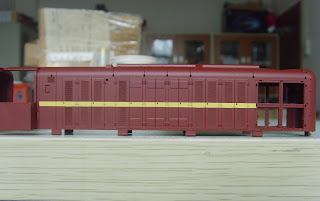 These three photos arrived almost immediately work on the Indian Red version commenced.
The question from the factory was "which of the three versions did we prefer and which was more correct"?
Ignore differences in the colours as any variations are caused by the lighting.

Along with the arrival of the photos came a  reminder from the factory that painting was in progress and an answer within five minutes would be appreciated. 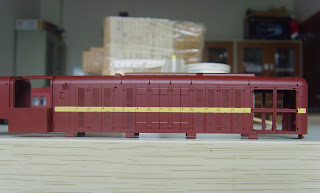 After a quick check of the 40 class photo library an answer was forwarded to the factory. (Not quite within the five minutes but near enough.)
The Eureka office then settled back into its normal state of chaos to wait for the next request from the factory.

The factory is currently finishing two other projects for customers after which the assembly-line will be turned over to the 40 class for final assembly. Painting needs to be finished quickly to be ready for this process.


Posted by Eureka Models at 1:38 AM No comments: