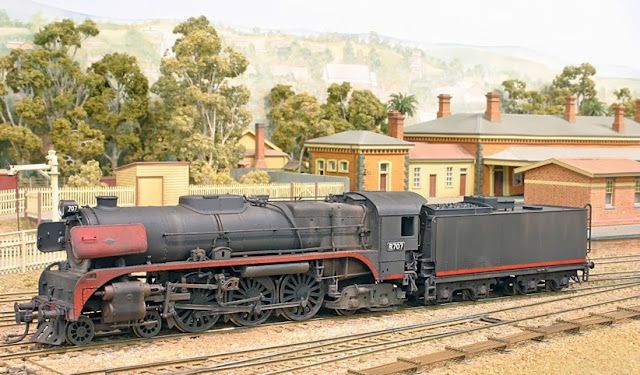 In the eight year saga which was the R class project there were a number of times when the spirit and enthusiasm of us here at Eureka sunk to a pretty low ebb and several times the will to push on was severely tested.
The eventual arrival of the project in November and the positive reception that has been received has gone a long way to dispelling these feelings but it must be said that the arrival of photographs such as the two reproduced here has caused more than just a little feeling of pride.
A superb weathering job using pastels and magnificent surroundings certainly brings out the best in pre-preservation R 707.
Thanks to all those who have conveyed their positive feedback on Eureka's R Class. It is much appreciated. 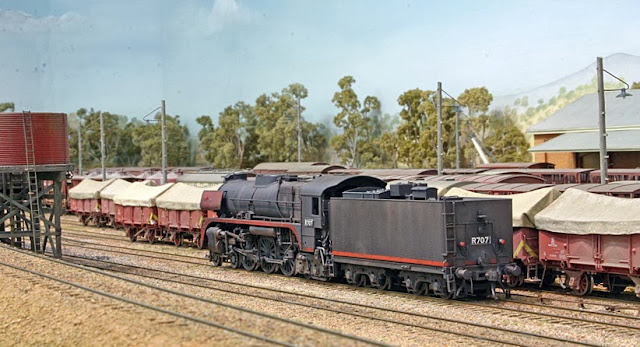 A first pass through the R class order database has now been completed and over 70% of orders have now been delivered. The remaining 30% will progressively be contacted but as previously advised a quick email or telephone call to the Eureka office will result in an expeditious dispatch of an outstanding order.

Posted by Eureka Models at 7:00 PM No comments: