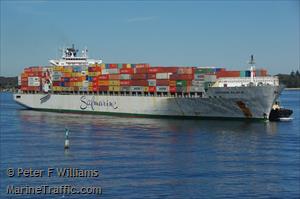 Motor Vessel "Safmarine Mulanje" carrying the production run of the NCR sets is due in Port Botany on the 25th of December, 2015. Allowing for delays likely at this time of the year we expect to start posting orders in the first week of 2016. Distribution should only take two to three weeks.

Production run samples of all three liveries have been received and are shown in the accompanying photographs. 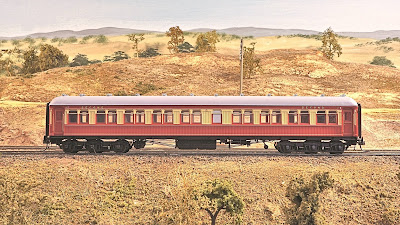 The Red and Cream livery is very attractive and is certainly different. It is already proving popular and will undoubtedly be the first colour scheme to sell out. 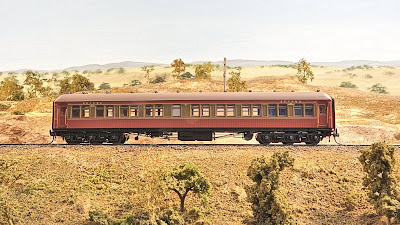 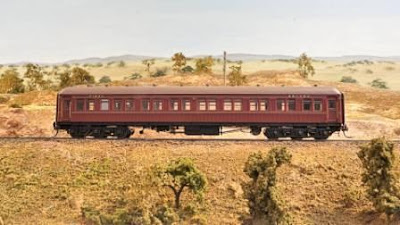 ﻿
Indian Red.  This is one of the cars from the above set. The apparent difference in colour is due to lighting. The colour in the four car set photos is more accurate.
﻿
Arriving with the production run will be quantity of spare bogies which will be available at $25 per pair.  More than half of the quantity ordered has already been sold so anyone wanting spare bogies should move quickly.
Posted by Eureka Models at 3:52 PM